Woodworm is the popular expression used to describe the larvae of a number of wood boring insects. PermaFix specialise in woodworm treatment techniques that identify the species of wood borer and eradicate infestation through an effective timber preservation strategy design specifically for the environment within your home.

The first evidence of an attack by one of the woodworm species is the presence of small fight holes in the surface of the timber. These occur after larvae pupate and adult beetles emerge from the wood. As wood boring beetles generally take flight between April and October then this is the time when small debris or dust-like waste matter discharged in and around the hole may indicate activity. 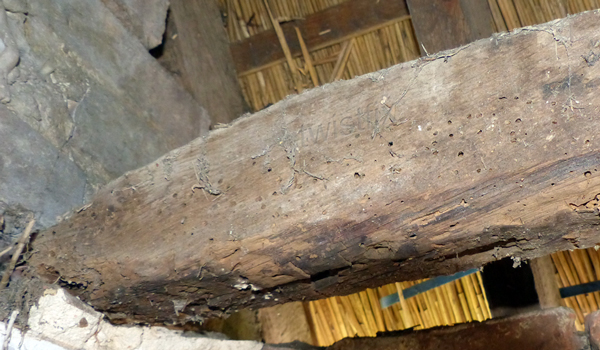 In order to provide an effective cure for wood-boring insect infestation our woodworm inspection needs to establish...

The type of woodworm and extent of infestation

Whether the infestation is likely to be active or inactive

Whether timber decay is an issue

Whether any structural damage has occurred

What woodworm treatment is most appropriate for your specific property

Water based woodworm treatment sprays and timber preserving pastes are designed to minimise chemical treatment exposure hazards to people, pets and the environment. Chemicals are engineered to deliver long-term protection against the development of future infestations and help protect against fungal decay.

Why is Woodworm Treatment Required? 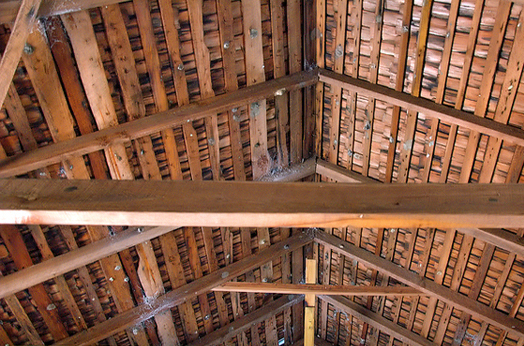 Most of the timber within a building is hard to reach and inspect. Take the underside of floorboards, the wooden joists that support them and the eaves-level section of the rafters in the roof; all a favourite for wood boring insects.

A few fresh flight holes discovered in accessible areas may just be a tell-tale sign that infestation is more developed in less ventilated areas. The reason why woodworm often represents a problem that larvae feeds on cellulose within the wood leaving a network of tunnels. These hollowed-out areas can eventually cause significant risk to the overall strength of the timber.

The two most common types of woodworm in the UK are:

Common Furniture Beetle: This insect mainly infests softwood timbers, though can be found in sapwood of temperate hardwoods that have been affected by fungal decay. Larva and beetles are up to 6mm long. Their flight holes and tunnels are circular and up to 1-2mm in diameter. This beetle is by far the most common insect found in softwood timbers. It is estimated that 75% of UK properties that are over 40 years old will have been infested at one time or another by this insect.

Death Watch Beetle: This insect confines itself to infesting large sectioned hardwoods, such as oak, with moisture content greater than 14%. Larva and beetles are up to 9mm long. Their flight holes and tunnels are circular and up to 3mm in diameter, allowing large cavities to be created within timber beams. The adults do not necessarily need to surface from the wood; often emerging in such cavities to mate and lay eggs.